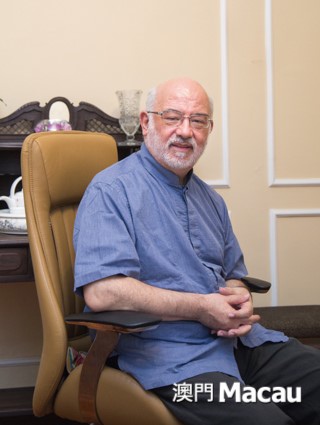 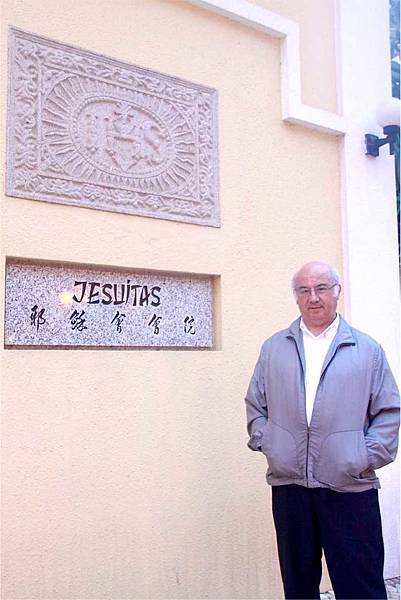 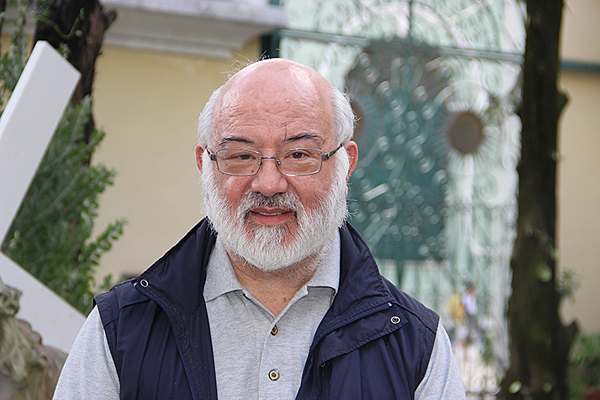 Macau was the place where my zest for priesthood grew stronger

The Apollo 11 had barely landed on the Moon when young Luís Sequeira decided to embark on an even harder journey: without being certain of the strength of his convictions, he decided to devote his life to God. His trajectory was one of discovery and faith, an itinerary taken step by step that brought him to Macau, where he grew as man and as a priest.

You entered the Society of Jesus fifty years ago. How meaningful is this celebration for you?

I would say that, like every celebration of this kind, it is at least a time of pause and consideration. The normal thing among us is to have a sense of celebration, because many years have been lived with and within the Society of Jesus. Having in mind the experience I had during all these years, it is a chance to look to the past with great joy and great gratitude, but also look at a new future that presents itself and that I am still discovering.

When did the possibility of becoming a member of the Society of Jesus become a tangible option for you?

At the age of three I was called  to help as a choir boy at Rato’s Church, in Lisbon, where the Franciscan Missionaries of Mary developed a way of  conducting the liturgy which I, as a little child, delighted very much in. I loved to see and to be a part of all those procedures, but I was still not aware of what would become of me in the future. The only thing I can say is that I felt pleased with the way certain priests acted. I have always enjoyed seeing the Franciscans, dressing in burel and sandals, but I never felt compelled to say: “I want to be like them.” The first Jesuit I saw, years later, in that same church, I realized that I wanted to be like him. Fifty years later, I grew from boy to teenager and from teenager to youngster. My process of maturation was a step by step process. I slowly discovered how it was like to be like them, the Jesuits. Now I realize that, long before my choice was made, I kept a certain seriousness of Christian life: I wouldn’t skip Mass, I would strive to have my own time of silence and meditation and all of that made me grow. The Society of Jesus appeared in a more affirmative way in 1969, when I left Law School, in Lisbon, to enter the novitiate and the university of the Society of Jesus. Even so, I recognize that my journey until the final moment, which is in 1989, when I solemnly professed my vows, is the result of a step by step approach to God. The various steps I took –  novitiate, the study of Humanities and Philosophy and even Macau – where merely stages on this journey. My maturation took place step by step. I am not one of those who have had a strong, almost sudden call at any given time. No. My journey was a long one, one that I took step by step.

How did the reality that you have encountered  in Macau convince you that, in fact, total surrender to the Society of Jesus was what made sense?

We, Jesuits, have a fourth vow, which is a vow of obedience to the Pope, in the sense that we have to obey  our mission when it comes. And we must obey without blinking or thinking too much. That’s what I did, even though I didn’t understand everything. I understood, nevertheless, what I was doing. When I came to Macau, once again, I came alone. My training took place at a time when things were not so structured and therefore, my maturation was always a very intimate process. It took me a while to understand that this is my way. As I was not expecting – I never thought I would be coming to Macau, China or the East – my mission, like my vocation, also matured very slowly. There were other interests that started to manifest themselves. I began, for instance, to help a little in the Diocesan Center here, writing for the newspapers, the studies were advancing and the sense of fulfillment as a priest began to show itself in a more rooted way, always in a perspective of interculturality. The Society of Jesus came to be known in history with this great sense of frontier, for building dialogue between cultures. Macau was the place where my zest for priesthood grew stronger, where it appeared with more conviction.

Nevertheless, there is a moment in your life when things changed, in a way. You suffered a stroke …

There was, in fact, in this process a deep understanding of the presence of God and my fragility. At the same time, I felt that God was acting through my fragility. If I am alive today, I am very convinced that I owe it to an intervention, a little privilege, of God through a person of whom I was a very close friend, Mother Teresa of Calcutta. I had to endure a very deep experience, through a great emptiness, through a great anguish. I would say that all of us, we need to touch this emptiness and depth to perceive the presence of God more intimately. I was allowed to go through this experience. I won’t claim that the anguish inherent to the emptiness of being is easy to endure. To go through emptiness and return to God is even harder. There is a deep void here, which, I would say, is also expressed by our word “anguish”.  Not only the anguish that we feel as humans, but also, and above all, the anguish of God. We shall not forget that Jesus Christ himself, on the cross, also said: “My God, why have you forsaken me?” What I told myself was that I would undergo that experience. On my way to my sixties I have learned even more deeply this presence of God and, in a certain sense, the privilege of having been touched or favored by him. Without making more of me than the others, but I believe there is a predilection when I make this experience. I came to understand this in a more concrete, more intimate, more personal way. If I look back, I might have said something similar, but I can almost guarantee that it was not as strong as I state it today.

Is is not easy to take stock of fifty years, but if you could go back in time would you do anything differently?

No. I would say that what is done is done and I am what I am today. I have only one concern: to be one with God, as a man, as a priest and as a Jesuit. This is what I want more and more. In all my actions, from the deepest and most intimate and even in relation to any external action, my wish is to be a testimony of God. As a priest, I hope that I can dedicate myself to others as much as I can. The past? What happened it’s already gone.