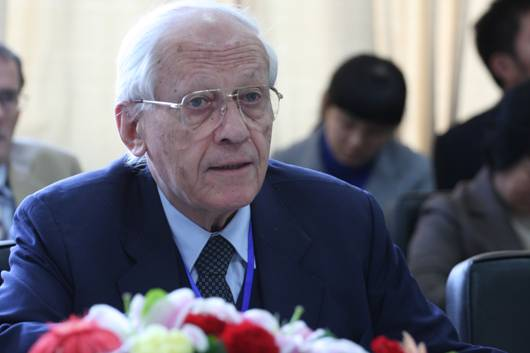 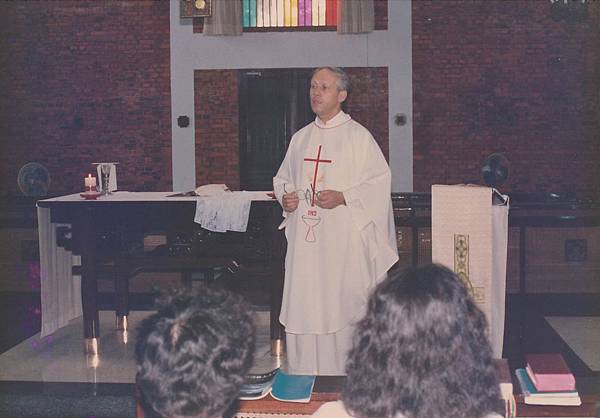 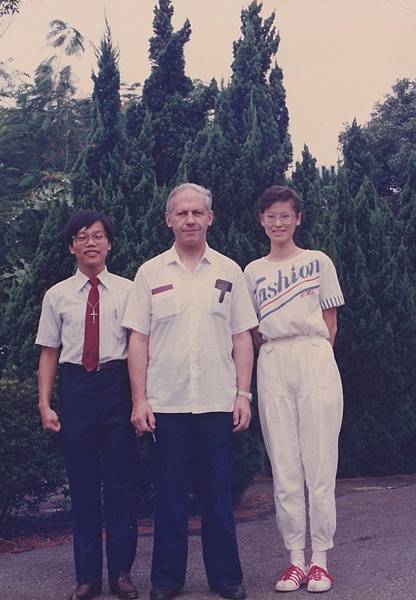 The vocation to become of service to God was felt very early in his life, but it was only in the post-War years that Yves Camus realized that the Society of Jesus was the right path for him. A Second World War survivor, Father Camus joined the Jesuits on the 1st of October 1949, the very same day the People’s Republic of China was founded. And China – and the Chinese religious traditions– ultimately became a widespread, defining subject to which he devoted more than half a century.

If we go back seventy years, to 1949, was it something that you could foretell? Did you imagine that you would be giving all your life to the Society of Jesus and celebrating this Jubilee?

Frankly speaking, I was never worried or attracted to celebrate any anniversary, particularly this anniversary, which I didn’t foresee. I am not attracted to this ceremony as such and even birthday ceremonies, we didn’t usually celebrate them in my family. We celebrated more the feast days than birthdays. Since I am called Yves, I remember for instance, as a small part  of the story, the day we had to flee at the beginning of the Second World War the invasion of the German armies. And I remember it because it was  on the day of my feast day: 19th May 1940. It is through this feast day that I remember when we started to flee. As far as my vocation started, it was at the end of my secondary education, after graduating from the Jesuit College in which I was educated in Amiens, in the northern part of France. I studied in a very old Jesuit institution in the city of Amiens. I studied there during the Second World War. I still remember quite well that in 1940 I had to enter the primary seventh grade in Amiens in a building that was destroyed during the War. Later on, we moved to different places in Amiens, particularly as the liberation days at the end of the Second World War, in 1945, drew nearer. This is part of my history as far as education is concerned. Things didn’t improve immediately. I finished my secondary education in 1949. As far as the local situation – the Chinese situation – is concerned,there’s a curiosity: I entered the Seminary on the first of October 1949.

When did you decide that the Jesuits were the best option for you? Or was it a belief that was built step-by-step?

I felt this vocation present in my life very early, but the choice to become a Jesuit was only discerned and decided at the end of my secondary education, perhaps though not a suspected, but accepted influence of some Jesuit that have been very influential in my life, particularly in the latest year of my education, in Philosophy, when I met a man of a great influence in my life. We had long conversations and in his old age I visited him several times. But it was not only this particular person. Some of the teachers, when I was in the lower years of my education, also have been very influential by the way they dealt with us. They were good educators, certainly.

The war as such, the suffering or the inconvenience caused by the war, were not a decisive influence. On the contrary: my mentor, on the last year of my education, had a great influence on me by the way that he was also very keen in reflecting about the religious traditions in the world or the religions traditions as such, as they are and how influential these religious traditions have been in the world. I have been attracted to that, insofar that it seemed to me that Christianity i s known in the w o r l d b y t h e way it has been understood earlier in the western part of the world. Very early in my life I was just wondering  if it had been another way. What would have happened if the Incarnation  had happened somewhere else in the world. It could have been also in Central Asia, for instance. It could have been… I do not know in what country, but – as a matter of fact – it was designed to be at the juncture of East and West, what we call now, in a western way of expression, the Near East of the West. It has been a crossroad of a few civilizations: the early civilizations of the Middle East, later the civilizations of Greece and Rome and later the influential civilization of Islam, not to speak about the Roman Empire contact with China through Persia and also the central part of Asia. This is well known by those who have a solid knowledge of world history. Nevertheless, the question remains: what would have developed in the hearts and minds of the people if it had been other way?

… But you never went there, did you?

I asked for 14 years to be sent to Japan, but it was not meant to be. After all those years, it was not a matter of going to Japan anymore. Since my aim was to study the Buddhist tradition, I consulted three Jesuits who had been missionaries in the Far East: two of them in China and one in Thailand. All of them were involved in that sort of intercultural work. Two of them had been the initiators of the Great Chinese-French Dictionary in seven volumes, to which I’ve contributed also for 13 years. These three people advised me not to go to Thailand, for instance, neither to Sri Lanka, because these countries represented the so-called “old school of Buddhism,” the small vehicle. They advised me instead to go to Taiwan, because it was open to the more influential “great vehicle” of Buddhist tradition. So, I went to Taiwan.

You have, nevertheless, built a solid understanding of Buddhism and of the points of contact between the Buddhist and the Christian tradition. We are talking about two very different traditions, but with a lot of aspects in common…

The Buddhist tradition might be, by certain persons, fully misunderstood, except in one point. In the Buddhist awakening experience

there is a realization that there is no personal identification. What I mean to say is that Buddhist awakening is the flower of vacuity, of internal vacuity. It seems to me that if we could maintain life in this state of internal, decentered vacuity we could be closer to the mystery of Jesus Christ incarnation, who emptied himself as Paul, Saint Paul in his writing has so beautifully stressed, particularly in the Letters to the Philippians. It is possible for us to be prudent in these terms, because in Christian spiritually we are invited to deny ourselves to the service of the others. That is to dig out from ourselves what is to be let down, so that we can be of greater help to others, we get one step closer to the mystery of Christ. Vacuity is the ultimate goal so that God be all in all. 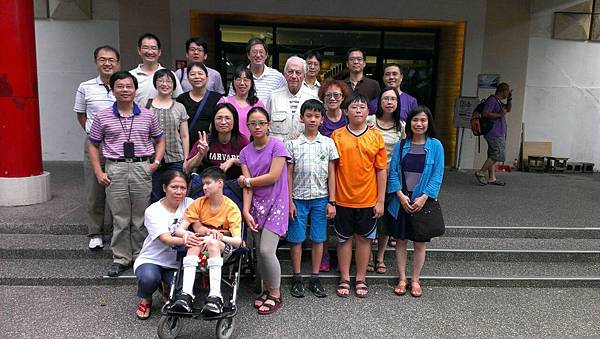