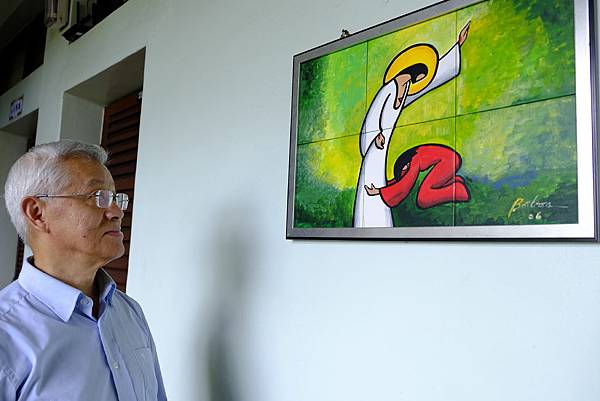 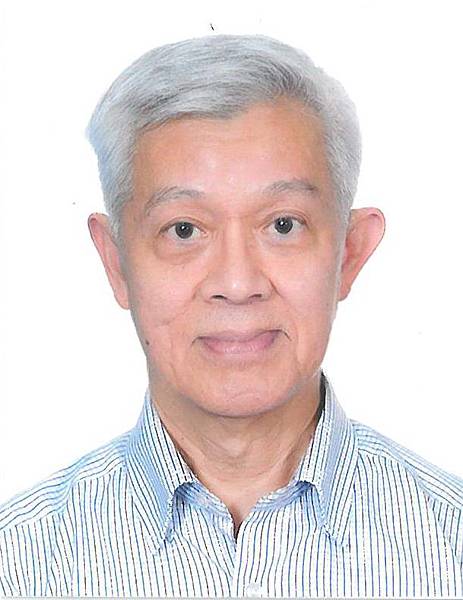 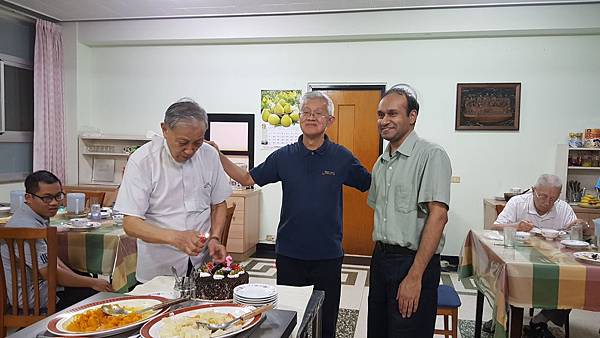 Born in Malaysia to a Chinese overseas family,  Gregory Koay grew up in neighboring Hong Kong and that he first heard the call of God and  felt the appeal of the Society of Jesus. His journey was not, nevertheless, a smooth, untroubled one. He joined the Jesuits at the age of 22, against his father’s will. His persistence was rewarded years later when the Koay family patriarch decided he wanted to be baptized. Half a century later, Father Koay says the 50 years jubilee that he celebrated last July is anything but the end. God’s grace, he claims, is still working so that Christ works in him and through him.

When you first entered the Society of Jesus, did you think you would be celebrating like this one day?

I never thought of that. I just lived day by day. In fact, my mother said, “If you are not happy in the Society, come back and we will welcome you.”  I was very touched by my mother. She was, at the same time, a bit sad to see her son leaving, going to the novitiate in Cheung Chau. But I remember that clearly. “Come back any time if you find this is not God’s way for you”.

When did you know for sure that you wanted to be a Jesuit?

I can’t say for sure about the exact moment, but I seem to hear a call during a retreat in Cheung Chau, when I saw a group of Chinese novices praying in front of the statue of Our Lady. I said: “So, there are also Chinese in the Society of Jesus. There are Chinese Jesuit novices.” At first, I thought that only Irish or Westerners were allowed to be members of the order. This vision worked like a seedling buried under the ground. It would take some years for it to sprout. In fact, when I finished high school, Form 7, I asked my father: “Would it be possible if I could try it out?” My papa said: “No.” He wouldn’t allow it. So I said to myself that I would work for two years, teaching in a Primary School, to make sure what was the right way for me. After two years, at the age of 22, I asked my father again. He still said no.     I said, “Well, I have waited long enough. I would like to try it out, with mama’s blessing.” So, I just left home.

Before entering the novitiate, you taught for two years in a school. How did that experience reinforced your conviction that the Society of Jesus was the right choice for you?

I was teaching in Delia Memorial School, Primary 4, 5 and 6. This was the beginning of the 60s and I was teaching English and Arithmetic.      I taught there for two years and during those two years I got to know very well some of the students, boys and girls. I realized back then that if I was    a brother or a priest, I would be in a better position to let them know about Christ and, somehow, to guide them towards Christ. That’s why I said: “Let me try.” My mother didn’t pose any problems. My father, on the other hand, many problems. Anyway, as I told you, he changed his mind. He began to understand what does it mean to follow a vocation, to have a son entering a religious order. He was a non-Christian, he was not baptized. But a few years after I entered the Society, he decided he wanted to be baptized. My mother, she was baptized. Now, my whole earthly family – I have an elder brother, an elder sister, a younger brother and a younger sister, I am the third in the family – all of them are baptized, except for my elder sister. She entered the Baptist Church.

The Society of Jesus was always known by a certain thirst of knowledge. It always worked with the aim of knowing God by knowing men and Humanity. Did this aspect influence your choice to become a Jesuit?

The Jesuits that I have come across, they were all very human, although at certain times they were rather rational, using reason more than feelings or heart. This always happened, despite the fact that some of them were very warm, very friendly. I have met quite a few Irish Jesuits in Wah Yan College when I was young. I was a student of that school and I was deeply touched by this group of foreign missionaries that had left Ireland and came all the way to Hong Kong. They worked, they lived, they sacrificed their lives on behalf of Hong Kong. Most of them are buried in Happy Valley Catholic Cemetery. Only a few returned to their native home of Ireland. In that sense, I would say that Jesuits thirst for knowledge, yes. They read a lot of books, they have a rather wide experience in various fields.

When the call to be a priest first came, were you ready to make the kind of sacrifice that you were talking about? If the Society told you to go all the way across the world to preach the word of God, would you do it without blinking?

At that time, I was not that ready and open to the idea of sacrificing my life to Christ, to bring others to Christ and put my life on the line. I was ready to live day by day, to know Christ more clearly, to love him more dearly and to follow him more nearly, as the Gospel song exhorts us. I very moved by the Irish Jesuits and by their example. I studied in the College from Primary 5 to Form 5. I spent seven years in Hong Kong Wah Yan. To get to know those Irish Jesuits and also a couple of Chinese Jesuits brought a certain enlightenment to my life. I remember I would ask myself very often: “Who are these foreigners? Why did they came all the way from Ireland to Hong Kong to teach us about Christ? To bring Christ to us? These are really great men. I would like to try to be like them.” This was God’s call to me, day by day and I was willing to give it a try. If it was not meant to be, I would return home.

There always has been a very strong connection between China and the Society of Jesus. Is China still a challenge for the Jesuits and for the Church?

– gave me a present, a first vow present. He drew on a sheet of high paper the map of China and he said: “You will one day evangelize China.” And I was touched.Afterwards, in the Society I gradually came to know these giants – generations of giants – like Ricci, Adam Schall, brother Castiglione and other great Jesuits and I thought to myself: “As an overseas Chinese I should do something.” But this conviction came only afterwards, not at the beginning, I must say. Maybe I was not that farsighted. It also happened step-by-step.